Once upon a time, there was a kid called Jacob Mordaci, he was 13 and the son of Adam Mordaci - chief scientist of S.I.N.N. Jacob was an awkward 13-year-old kid who did not really get what his dad did but thought it was probably cool. Then there was the accident - Adam still doesn't know what caused it, but Jacob - at least the physical part of Jacob died. When the Thunderstrike-3 experimental ant Gauntleteeer battle robot activated Adam Mordaci was concerned - when it called him, dad, he was even more so.

Was this a transfer of consciousness or was it a rogue programme running in the ThunderStrike robot emulating his dead son? Guess we'll need to find out!

Thunderchild foundout he is the creation of Jacob and Adamm Mordaci and is trying to come to terms with the trauma of realising he is a construct. 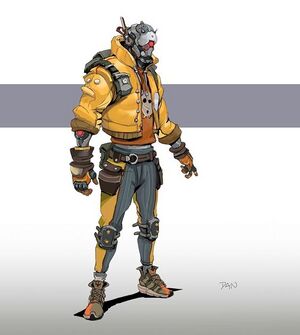 Thunderchild - an 8-foot battle robo with a sweeeeeeeeet jacket 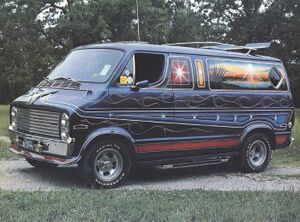 Thunderchild is incredibly strong and armored with experimental material capable of withstanding the strongest blows. A number of the Thunderstrike Robo's additional systems are offline and the Jacob consciousness is unable to activate them - though sometimes he loses control of the system and they manifest.

After escaping from Domina Carnifax Thunderchild was able to unlock new abilities including the ability to transform into a truck and shoot powerful energy beams from their optic receptor.

When Thunderchild was confronted with the existential ennui of their existence his Thunderstrike power array reactivated allowing him access to an array of barely controlled destructive powers.

Thunderchild is a member of the team know as the Firebrands and has been reveling in their villainous antics and his super-powered form. He recently drop-kicked the Gauntleteer and smashed every piece of glass in a skyscraper with a thunderclap. Its cool to be a robo, but he misses hugs, kosher ice-cream and what it felt like when you jumped into the ocean. Editors note - see School of Hard Knocks Issue 2

Thunderchild and the rest of the Firebrands seem to be the only person who remembers the Gauntleteer - after Domina Carnifax knocked him out he had a mental image of the Gauntlteer and made the decision to split with Carnifex. The team split. After resuing Aracnophobe's kid brother the team sought out safe refuge with the Dead End Queens where Thunderchild had the great idea of the team going mercenary - it pays way better than doing villainy for someone else. Editors note- see School of Hard Knocks Issue 3

When Thunderchild and the Firebrands went on a mercenary job on behalf of the Dead End Queens he discovered the facility was a front for SSIN. Confronting Adam Mordacai he convinced Jacob to leave with him - but not before unleashing his new power array to destroy the building and end whatever they were investigating

Thunderchild's favorite song is Thunderstruck by AC/DC - it was totally written about him.