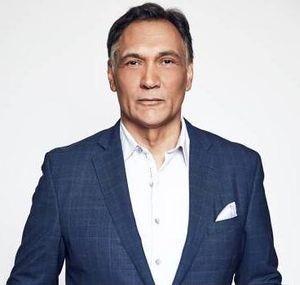 The Gauntleteer is the most prominent superhero in New Gauntlet City. In each age, The Gauntlet chooses a new wearer.

The first Gauntleteer, Emilio, was the city’s “first superhero”(™), the founder of The First Guard team. He retired when the First Guard fell, but his powerful Gauntlet was taken up by new heroes.

In the Bronze Age, the Gauntlet was wielded by roller derby champ with a cybernetic arm. She was also nicknamed the Neon Hero.

In the Iron Age, a young boy named Perry became a superpowered adult when he put on the Gauntlet.

In the Modern Age, Emilio, the original Gauntleteer, now a much older man, came back into the city and joined the New Guard. Unfortunately, the out-of-retirement Gauntleteer is lost in memory, doesn’t understand the modern age.