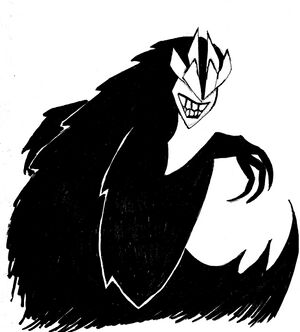 Pretas “Pap” Papiyan is a reformed “hungry ghost”, a minor demon in the Mahayana Buddhist pantheon. He opened up a bar/music venue in Staight Estates, in the seedy part of that neighborhood, where he still enjoys watching people overindulge in their vices. Sometimes he books punk bands and country music performers on the same night just so he can watch and participate in the brawls that inevitably break out.

He begrudgingly took on the role of “The Cowl” a vigilante defender of his often ignored or maligned lowlife patrons: the homeless, addicts, prostitutes, and weirdos. He is a member of the Night Crew.

The Cowl was a PC in Rich Rogers's Hit the Streets game in April 2019, played by Alejandro Duarte.