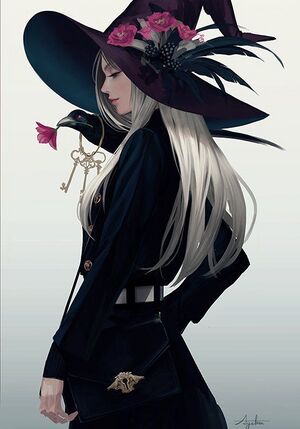 Sybil Spinnet is a House Raptorquill prefect and star student at Hedgewick Academy. She is a great researcher but not always a people person. Arsenius "Arsenic" Adebayo admires her intellect but wishes she would give him a pass on tinkering with the magical grandfather clock in the Raptorquill common room. She was able to identify a feather from one of Corvid's bird familiars, but was nabbed by the villain and used as a hostage in the academy belltower. Arsenic and his friends managed to foil Corvid and rescue her.