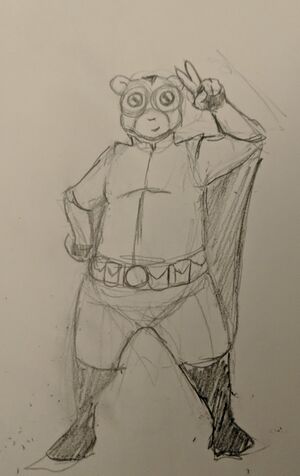 Sugar Glider is a short person inspired by the Savage Shrew to eschew their boring every day and become the hero they know they are! They have a costume that allows them to move with quickness and agility, even gliding for a time (Acrobatics power). They are easy to overlook and underestimate, and their costume blends into many backgrounds (camouflage and stealth).

Sugar Glider was a PC in Rich Rogers's Hit the Streets game in April 2019, played by Jason Cox.