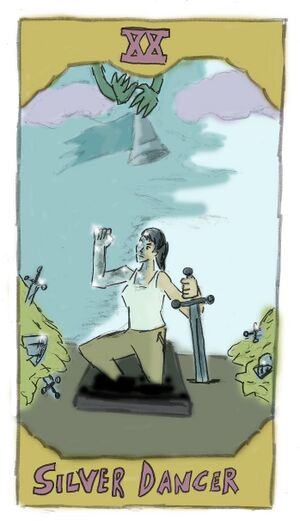 In 1997 Silver Dancer made a pact with the goblin Ernst to gain power. Among the things she gave up as part of this bargain was her past. She soon discovered that she had given up her humanity as well, but not all at once: her body is gradually transforming into living silver. As of 2000 about a third of her body had changed, including her right arm and part of her face. One thing she hasn't given up is her mission: she knows she made this bargain to protect people from people like herself, people who would trade their humanity for power.