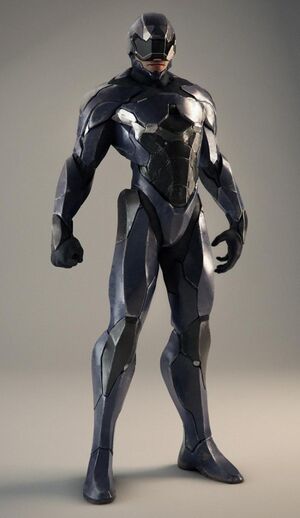 Cyrus Hunt was born with cerebral palsy (not so bad as to need a wheelchair) and ended up suffering an accident on a school trip to the local observatory. At first, he thought all of the scales were out of whack. You know, the ones that tell you how much you weigh on other planets? Except it wasn't the scales... it was him. He once knocked the Earth off its axis for a whole minute. He swears he's never trying that again. He's married to Zara Duncan-Hunt, with two kids.

Orbit is part of renowned superteam the Four Winds along with Ai Sato, Lygra, and Mirror Beast.

Orbit was a PC in Rich Rogers's Project Lycra game in April 2019, played by Peter Mazzeo.