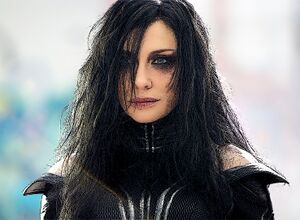 A “weird, creepy god” who used to work with Starborne until Morrigan and Starborne's Falling Out. During a television interview while Morrigan was considered an S-Pop star (a superheroic celebrity), Morrigan revealed she was once worshipped by a small prehistoric people, but they "are long gone" and only she remains to hold their memories. Morrigan doesn't actively patrol or partake in the regular heroic duties. She resides in Downtown in a building she willed into existence, and occasionally works to protect the people of New Gauntlet City, when she wishes.