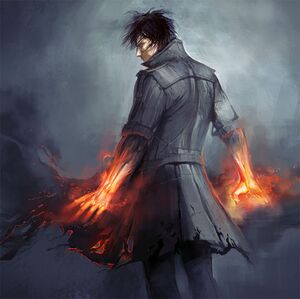 Lazaro Gil was once a renowned hero who fought shoulder-to-shoulder alongside Hikaru Katsu, former Champion of Nike. He was forced by a supervillain into a terrible choice: to abandon his team when they needed him most or to let his younger sister Alicia die. He chose his sister, and lost most of his team. But in his efforts to save Alicia, something went terribly wrong and Alicia gained powers. Alicia took on the name Starlyte and joined the villainous team the Future Legion.

Since that failure, Lazaro joined the Four Winds in an attempt to restore his Tarnished image. He has an ally, crack reporter Rebecca Chandler, who thinks he's a genuinely good person, a hero.

Mirror Beast is part of renowned superteam the Four Winds along with Lygra, Orbit, and Ai Sato.