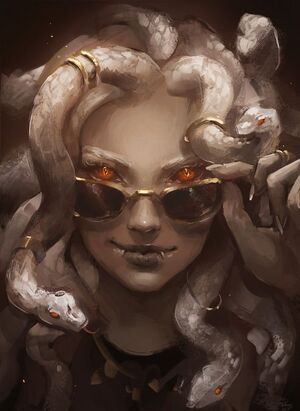 Maddy the Gorgon is a wild child rebel among the brood of Ekidna, mother of monsters. She may be one and the same as the Medusa of Greek mythology, but she presents as a hip young woman of the early 2000's.

In the series associated with Coven Prime, Maddy became romantically entangled with Silas LeBeau, traditional enemy of her family. Of course, that's probably all part of his long con to destroy Ekidna, right?