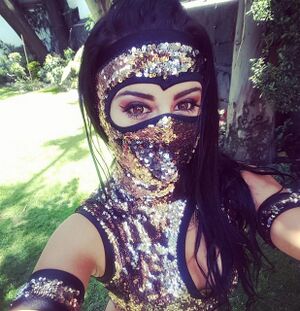 Valentina Vasquez, a.k.a. Lygra, has traveled all over the world, picked up her skills, in a mostly self-taught manner, in terms of her ability to 'acquire' things that aren't technically hers. Her fighting skills, however, were instilled upon her by her sensei that she had stolen from, and that ended up being the cost for getting caught. Lygra's closest ally is Director Whisper (Scarlet Parker), who is Lygra's handler in H.U.S.H. (a super-spy agency which she does deep cover work for).

Lygra is part of renowned superteam the Four Winds along with Ai Sato, Orbit, and Mirror Beast.

Lygra was a PC in Rich Rogers's Project Lycra game in April 2019, played by Joe Zantek.