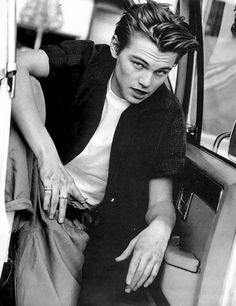 Lucas Ford is a former werewolf who was once part of Anna Kogotov's pack, and widely considered a fuck-up. He was nearly killed by witchhunters during the Coven Prime crossover, then nearly killed again by Valentine LeBeau in the Ex Libris ongoing series. Despite the beatings he routinely received, Lucas remained suicidally eager to go into battle alongside Anna. In the second run of Ex Libris, he was captured by Paul Atwood, and ultimately lost his lycanthropy as a result.

When last heard from, Lucas was apparently living happily with Xania Treestop.

Lucas is the great-nephew of Diamond Ford, and therefore also distantly related to her cousin, Malachi Spektor. Lucas is the father of Noah Ford.