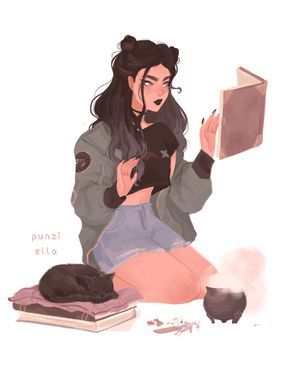 Lenore is a young witch connected to, first, The Power of Three, led by Madison Atwood, and then to the Neon Coven, which she herself led. She was the brains of the operation, a nerdy teen who rose to forefront with a coven making use of techno-magic interface. At the end of The Gauntleteer is Missing crossover, she was convinced by Kisap Mata to undo the spell locking away the power of the Gauntlet, and briefly was seen as a version of The Gauntleteer herself before teleporting away.