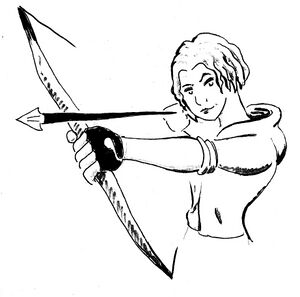 Karen Rook is the daughter of one of the wealthiest families in New Gauntlet City. No time for high-society nonsense, so she grew up as a tomboy with world-class private coaches. She even went to the Olympics on the USA gymnastics team - she didn't medal, but she did uncover an alien-blood doping scandal. Karen started her supering career when she was attending a gala that was attacked by supervillains - an inept superhero team tried to save them, but Karen ended up having to save everyone herself.

She is a member of the Night Crew.

Kyron was a PC in Rich Rogers's Hit the Streets game in April 2019, played by Patrick Knowles.