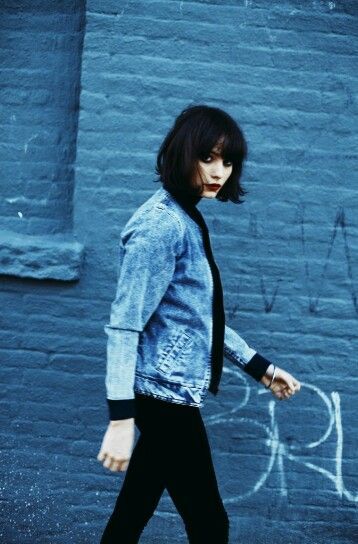 Katerina Brama is a young pacifist werewolf attending Bissette High, in the Wolf Heights area of Gauntlet City. She lives with her aunts, Grizelda Alletante and Yzma. Her legal guardian is Vincent Brama. It is implied, though not confirmed, that her mother is Anna Kogotov.

Her sheltered, somewhat oppressive upbringing has made her wary of her wolf side, and she does her best to keep it under control, though she's often unsuccessful. She accidentally nearly killed a man during a pre-announced "villain drill" at her school, and lashed out at a classmate, a member of Wynter Lattimore's group, in the school courtyard. She often found herself at odds with Wynter, whom she (rightfully) distrusted, and with Drake, in whom she saw too much of herself. Despite strenuous objections, she was forced to attend a school dance on a full moon—her aunt Grizelda gave her a silver necklace to wear that prevented her from transforming while she wore it. At the dance, while Drake's enemies attacked, Katerina helped Jesse Hart clean up after the other girl killed her own ghostly apparition.

She was last seen attending a support group in the overgrown community garden with Drake and others, and later encountering—then eating—a pile of skin left behind from another werewolf's change.

Katerina was a PC in Lowell Francis's Monsterhearts campaign in June 2019, played by Sarah J.