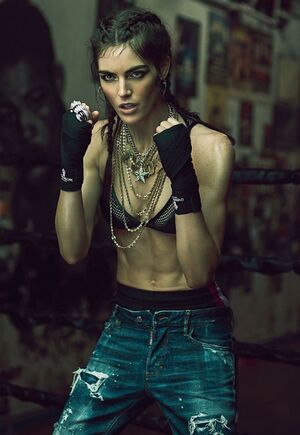 Sofia Diaz was born in Undertaker's Row to a family who, like many in the neighborhood, had seen better times. Their lives changed when her father's gym became a chosen spot by the notorious Mr. Hearse to start an underground fighting/betting ring and train his personal bodyguards in more lethal fighting. The half-life gangster became something of a cool uncle figure for Sofia, her training in martial arts doubling down to impress the man. She got drafted into a special combat readiness program by Mr. Hearse two years ago with the promise that she could work for him if she graduated. Upon her return she found Mr. Hearse had been sent to some demonic realm—a reality that sent her spiraling out of control.

She was found drowning her sorrows by Berenike Silq and offered a part on the team of the Dead End Queens just for as long as it takes to bring Mr. Hearse back.