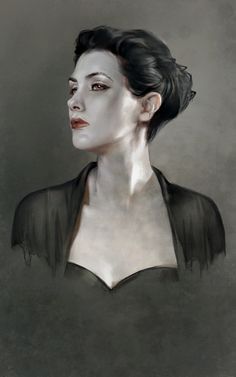 Grizelda Alletante is a vampire hostess of Artery Nightclub. She assists Vincent Brama, but in early 2000 she ran the nightclub herself for a brief while. She implied she had made sure that Vincent could not return, and indeed the former impresario was later seen running feral in the sewers. The hunter Silas LeBeau, whom Grizelda had taken on a fancy dinner date, later convinced Vincent to rehire her after the vampire had retaken control of Artery. She was last seen acting as daytime manager. It seems any romantic relationship between Grizelda and Silas did not work out, but they remain on friendly terms, with her teasing him but lending aid when he turns up with an injured Maddy the Gorgon on her doorstep.

Sometime after the events of the Coven Prime crossover and ongoing series, Grizelda is acting as guardian for the young werewolf Katerina Brama, who thinks of Vincent as her father and may also be related to Anna Kogotov. How exactly these circumstances came to be remains to be seen.