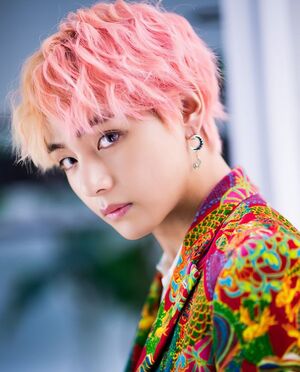 Simon Lee is a minor-league superhero who was a member of the Chantsville Crusaders under the alias Flashback, keeping the streets of Chantsville safe from criminals. He is a Korean-American man in his early twenties.

Simon Lee grew up in a small town a little way outside of New Gauntlet City, but always dreamt of moving to the big city. When he made it there as a young adult, he started to get physically overwhelmed by the sheer number of people around him, until he realised the little flashes of inspiration he sometimes got growing up were part of a growing ability to read the surface thoughts and memories of those around him. When he got his powers under control, he was able to settle in the city.

Simon lives in a cramped apartment in Chantsville, in a building that has not yet been included in the redevelopment and gentrification of the area. Simon works as an artist and aspiring fashion designer, and tends bar at The Vermilion Room to pay rent. He has recently begun formal training as a therapist, and runs informal counselling sessions out of one of the study rooms at the local library, using his empathic abilities to help people deal with trauma.

Played by David Morrison in a 2019 Hit The Streets game run by Rich Rogers for GauntletCon 2019.

Simon has had a brief superhero career as the hero Flashback, part of the Chantsville Crusaders. Flashback relies on low-level memory manipulation to make his precise appearance difficult to remember while on the job, and while he is not a skilled combatant, his powers make him effective at investigating, finding out information, and dealing with people. Acting as the de facto face for the Crusaders, his empathic abilities mean people do not always need to seek him out for the Crusaders to come to their aid. Flashback prefers to talk criminals down rather than confront them physically, but when things do turn violent, his primary method of defence is to lock his opponents into reliving an old memory.

His most notable moment working with the Chantsville Crusaders was taking on Don Destructo when the mob boss plotted to destroy the ever-embattled Chantsville Concert Hall during one of the frequent fund-raising concerts.

Flashback is an empath with the ability to read peoples surface thoughts and memories. He has limited abilities to enter and amend people's memories, and temporarily trap his opponents in a strong memory from their past.