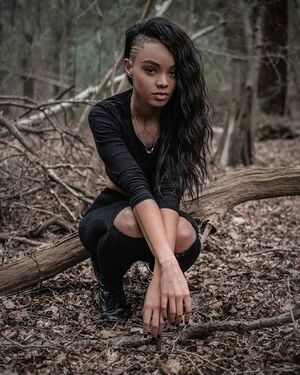 Cryptid is an Egyptian immigrant who came to New Gauntlet City with her parents back in the early 2000s. She was kicked out of her house when she came out as transgender and ended up wandering the Pink Zone for a few weeks before being adopted into the House of Silq by Legendary House Mother Creme Silq. When her abilities surfaced she dedicated herself to protecting the House of Silq, over the benefit of anything else.

Cryptid has shapeshifting abilities allowing her to turn into any mythological being. Her common forms are a dragon, dullahan, kelpie, minotaur, pixie, sasquatch, and unicorn.

Cryptid is the defacto leader of the Dead End Queens.