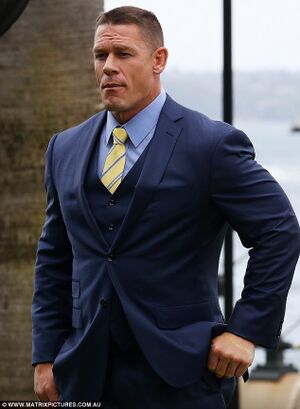 Cap is an ex-military man who worked security for Paul Atwood. In The Gauntleteer is Missing crossover, he was the sole survivor of the crew that ambushed Stephen and got torn apart by Silas LeBeau. he turned the tables on the heroes of Coven Prime by swapping bodies with Cenobia Palmiras. After a merry chase, the heroes had a heart-to-heart with Cap.

They learned that Cap had found himself forced to kill his own brother who got turned into a werewolf, and this formative incident cemented his loyalty to mortality. Kisap Mata convinced Cap that Paul Atwood was up to no good with a vision of the dystopian future Atwood would usher in. A stricken Cap helped them infiltrate the Atwood manor to reunite The Gauntleteer and The Gauntlet.

Later, he became suspicious that his wife Hailey had been replaced by a changeling or another supernatural creature, and turned to the Coven Prime heroes for help.