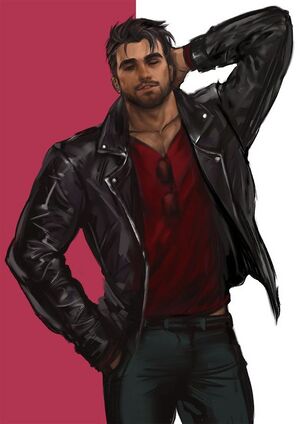 Bulldozer Muñoz is a young street fighter with the Crocker Street Brawlers, a protégé to Big Blue and a romantic partner to Ghost Arm Disciple/Skylar Sanchez. They were torn between loyalty to Ghost Arm Disciple and feelings for Taynara, but ultimately figured out their priorities and proposed marriage to Skylar during The Celestial Tournament. Skylar did not answer Bulldozer's proposal, and the last Bulldozer saw of their intended was Skylar in the arms of the Sable Tigresa, rappelling off the mountain. Bulldozer Muñoz was left to believe Ghost Arm Disciple had been kidnapped. With so many contestants disqualified or leaving the mountain, Bulldozer Muñoz, though heartbroken, was left to become the champion of the Celestial Tournament.