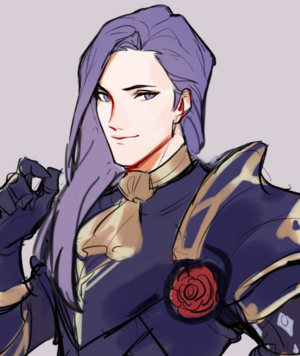 Ilya Dragunov was born into a group of humans who work for the great Iron Hag Baba Yaga. He was raised from birth to be a Bogatyr, a warrior-errant in the name of the Iron Hag. When he came into the age to go on his first errantry in the name of Baba Yaga he was entrusted to the service of Creme Silq and given the Panoply of the Shrike to aid him on his quest. He is commonly seen in and around Hollowed Park running errands and bringing supplies to those inside. He is a vocal proponent for the afflicted, seeking the best representation they can get while throwing his support in for the Dead End Queens.

In service to Baba Yaga; a current member of the Dead End Queens.