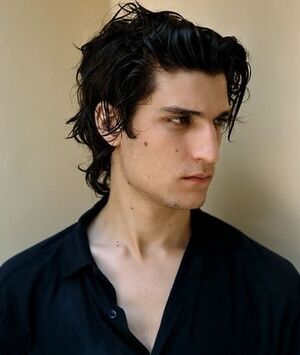 Generations of Theo's family have lived the same house on Penny Lane, just off Lower Park's High Street and that explains his attachment to the place and why he feels the need to help people in the neighborhood. The brownstone is home to Theo, his sisters Camilla and Barbara, his parents and matriarch grandmother. He makes a living as a bike courier but has the ability to adopt a ghost form that can pass through, as far as he knows, any solid. He can also extend his senses while in ghost form to see and hear beyond walls or doors and, if he pushes himself, further away. He recently discovered that he could move incredibly fast when in ghost form, but at some cost to the spark that drives him. He isn't fond of the term 'leader' feeling he's more of a 'convenor' for the team.

Theo was played by Donogh in Alun R's series of Hit the Streets: Defend the Block in March 2020.