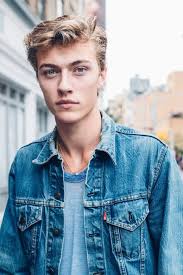 Arsenius "Arsenic" Adebayo is a fifth-year student of wizardry in House Raptorquill at Hedgewick Academy. He comes from a magical family, and is well known for experimenting with potions—he holds the record for most exploded cauldrons in a year at Hedgewick.

In his fifth-year at Hedgewick, Arsenic got in trouble when a misfired spell allowed him to see invisible, sinister birds perched everywhere. His angry cat, Malkin, seemed especially angry at the birds. While trying to keep Malkin from attacking Raptorquill prefect Sybil Spinnet, Arsenic found Wilhelmina Schmidt furtively brewing a love potion intended for Coriander Tauris. Arsenic advised her to just tell Cori how she felt. Eventually, Arsenic cat Malkin sprouted wings and lead Arsenic, Cori, Adrementitia Grey, and Noah Ford to the bell tower, where they were able to rescue a captured Sybil and foil Corvid's attempt to rob Hedgewick. (Corvid, it seems, was the epicenter of Arsenic's bird problem.)

Arsenic was a PC in Alexi Sargeant's Hogwarts RPG game in August 2019, played by Kyle H.