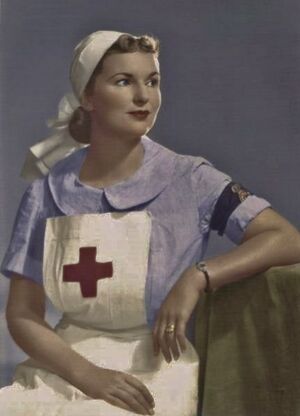 Nurse Riley Ordon was a struggling, overworked and underpaid disciple of the caduceus. She saw too much on her shifts, too much violence, too much hate, too little care. It eventually began to wear her down and break her resolve. That was until she met a stranger going through their pills one night. The man explained he was a crime fighter and needed medical attention; he stated that he'd pay. That's how it started off - work for the crime fighters who needed to be patched up. Until her mentor didn't come back from a mission.

Riley started cashing in favors and for years trained and honed herself into a deadly weapon. Her skill with blades and bonesaws are unmatched in Dreamsend and her flash grenades signal an end for scumlords everywhere. Her night clinic is still open, still helping those who need it the most. But her Hippocratic Oath is long since bent and twisted.

Now Dreamsend has it's own terror, willing to amputate the worst bits of sepsis in this rotting corpse of a neighborhood.