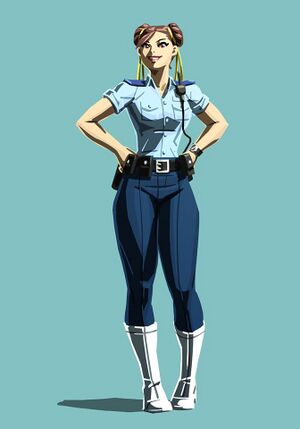 Agent Xia Fang is a dedicated Interpol agent and martial artist whose main drive is to capture the elusive master thief the Sable Tigresa. Unfortunately for Agent Fang, her suspicions regarding the Tigresa are invariably misdirected. She has no idea that her sometime flame Taynara is the true Sable Tigresa, instead accusing (over the course of The Celestial Tournament) her current girlfriend Dancing Panther and her ostensible ally Ghost Arm Disciple of being the Sable Tigresa. Her zealous but misdirected pursuit led to her being disqualified from the tournament by Mother Steel.